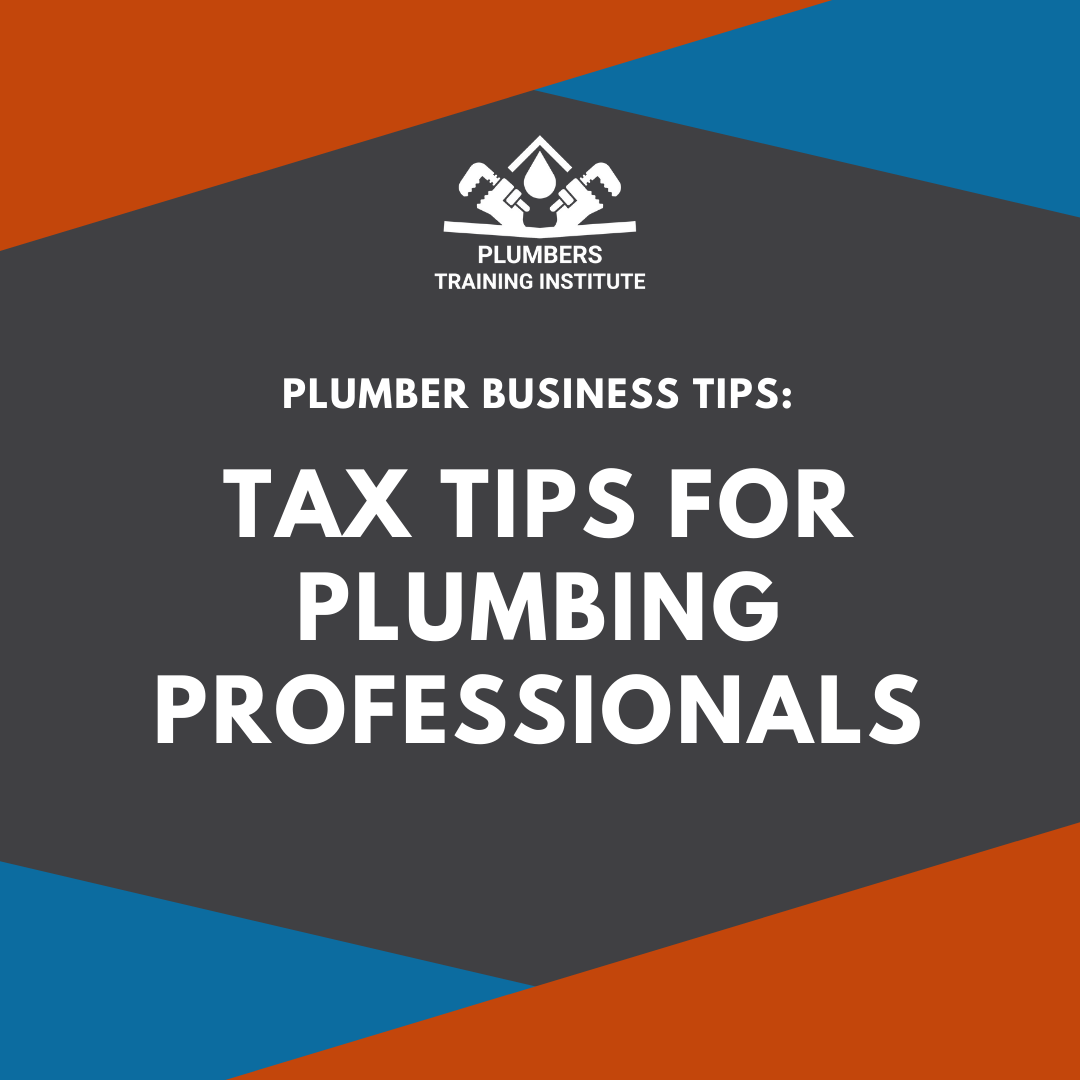 It’s never too early to start preparing for tax season! That’s why we’ve compiled some tax tips specific for plumbing contractors, courtesy of Phil Wuollet, a CPA from Arizona.

Know How to Report Income

One of the biggest tax issues that plumbing businesses deal with, according to Wuollet, is the different accounting methods. The two common methods, which impact how and when you report income on your financial statements, are cash basis and percentage of completion.

This is the simpler of the two concepts most often used by smaller plumbing businesses. It means that when a business receives money, it recognizes it as revenue.

Traditionally most plumbing contractors like to see things on a cash basis since it is straightforward and the tax obligation is in the same year the cash is received.

Many bigger plumbing businesses that make over $25 million in revenue use the percentage of completion method. With this method, revenues and expenses of long-term contracts are recognized as a percentage of the work completed during a period.

For example, a plumber contracted to install a system in an apartment complex can record revenue based on how much of that job is complete. If you complete 50% of a job, you record 50% of the revenue.

The way you record your revenue is dependent on your individual situation and Wuollet recommends discussing which option works best for you with a tax professional.

Wuollet says even though no plumber needs to be a tax expert, it’s still important to know about some of the key things that affect them, like the Alternative Minimum Tax (AMT).

AMT places a floor on the percentage of taxes a filer must pay to the government by recalculating income tax. This happens by adding certain tax preference items into gross income.

The biggest problem most contractors have with AMT, according to Wuollet, is that they generally calculate AMT income using the wrong method.

Small plumbing companies may find themselves out of compliance with AMT because they calculated their original income and AMT using the cash basis method instead of the preferred percentage of completion method. It is an area where many plumbers may not be compliant and it is due to this one simple mistake.

If your plumbing business took advantage of the federal Paycheck Protection Program (PPP), there are a few factors to consider for tax filing.

Generally, the federal government treats these loans as tax-free grants if a company used the money to maintain payroll during the pandemic. However, they can be a bit more complicated than that, says Wuollet.

If your company had other debts, the PPP loans may have included covenants requiring your business to maintain a certain amount of assets to its liabilities. A loan covenant is a clause in your loan agreement that requires the borrower to do or refrain from doing certain things.

Secondly, some states do not maintain the same rules as the federal rules. The federal rules allow the forgiveness to be treated as a tax-free grant as well as allowing a deduction for the expenses paid using the PPP money. Companies will need to review the rules with their state to see if the loan forgiveness is taxable income.

Income tax from state to state is generally uniform, but sales tax is all over the place, says Wuollet. If your business recently started operating in multiple states, you’ll need to be ready to deal with different tax laws.

Understanding the sales tax in the states you work in will save you a lot of time and money when it’s time to file your taxes.

Tax time doesn’t need to be complicated and stressful, says Wuollet. By taking the time to organize everything and consider tips like these, filing your taxes will be a little easier.

If you want to look at more tax help resources, here’s a short list: